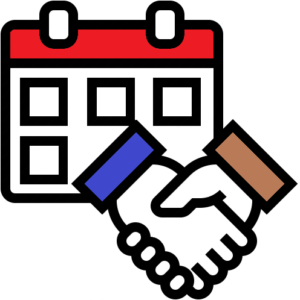 The addition of the Settlement Calendar has helped us to improve the accuracy of our UK electricity invoice validations.

What Is Meant By 'Energy Settlement'?

Energy settlement is the process of reconciling the difference between the energy purchased by energy suppliers from generators and the energy sold to customers.

In the UK, Electricity is settled in half-hour periods. However, many meters record energy over longer periods and are therefore read only once or twice a year. To calculate the half-hourly charges for these customers, it is necessary to estimate their electricity consumption for each half hour of the day. This involves grouping consumers into one of eight profile classes and using these profiles to allocate energy used to each half-hour period. The settlement of electricity over a period will be accurate, however, the timing of when in the day the electricity was consumed will be estimated in line with the profile.

A Settlement Run is the determination of the tariffs and charges for each Electricity Settlement Period for all generators and suppliers. Full settlement involves a number of Settlement Runs, as more accurate data becomes available, and can take up to 28 months after the electricity was consumed.

What Is The Electricity Settlement Calendar?

How Do Captrics Use This Information?

When performing validations on UK electricity invoices, we require a range of inputs. Some of these are fairly straight forward and can be sourced from the customers’ contracts, such as agreed contract tariffs. However, some inputs need to be sourced from the output of the SAA’s Settlement Runs.

For these inputs, we use the Settlement Calendar in conjunction with the customer’s invoice issue date to determine which Settlement Run data we should use to validate the invoice charges.

In some cases, we even account for specific supplier methods into our logic, as some suppliers choose to use set Settlement Runs as the input data for calculating their charges.

You may think this all sounds like overkill, but there are sound reasons for going to these lengths: