Are you due a Renewables Obligation refund on your electricity bill?

Back in May we posted about the additional Renewables Obligation (RO) charges for customers who had ‘pass through’ type electricity contracts in 2018-19. At the time, we warned of an additional “one off” charge due to a shortfall in payments from non-compliant suppliers.

If you were one of those customers, you may now be due a partial refund!

Ofgem declared in June that they managed to recover an additional £38m from the non-compliant suppliers that triggered the original mutualisation. These unexpected payments were not included in Ofgem’s original calculation of the shortfall that led to the additional “one off” charges.

Since Ofgem chose to redistribute the money, suppliers’ RO mutualisation costs have effectively been lowered.

Given the ‘pass through’ concept, you could be due a slice of the pie. We have already helped one business successfully claim a refund.

If you think you might be due a refund, why not get in touch with us? Calculating these refund amounts is what our software was built for, giving you peace of mind and ensuring you don’t pay too much for your energy. 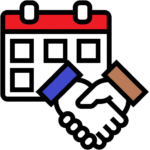